Who doesn’t love a family game, especially at Christmas? Here are some of the games we have enjoyed previously or are planning to play over the coming weeks:

#1 What a Performance – Orchard Toys

My six year old loves this game which he was given last year from Christmas. The aim of What a Performance is to be the first to reach the ‘Finish’ star in the centre of the board, performing all sorts of noises, actions and mimes along the way…from pretending to be a monkey to wiggling your ears! If you can’t perform your

action, you must carry out a forfeit!

To make things even more exciting, some of the actions have to be performed within a set time, using the sand timer. Additionally, players having to carry out a forfeit won’t know what they have to do until they have used the magic decoder to reveal their secret task.

My son particularly liked using the decoder and I think this is probably one of the best games for encouraging whole family participation. Although my three year old didn’t fully understand it, we usually play it in two teams so one of us can help him out!

Where can you get it? What a Performance is available from Amazon HERE with an RRP of £15.95.

Woofy Whoops definitely has the ‘fun factor’ – described as a suspence-style game with a digital twist that takes slaptick games to the next level with its integrated app, Woofy Whoops players take turns to spin Woofy and whoever he lands on has to pay him as many times as he barks. Pat him once, twice, three times (or more), but if a player is unlucky enough to have the last pat, Woofy won’t be able to hold his wee and the player gets sprayed with water.

So what’s the surprise? The app records the alugh-out-loud moment in slow motion, so players can watch back the moment they get ‘peed’ on and share the giggles online or with family and friends. We are saving this game to play during the holidays and my six year old  cannot wait to give it a go!

Where can you get it? Woofy Whoops is available from Smyths HERE with an RRP of £19.99. It can also be purchased on Amazon for £14.53 – however at the time of writing this, it is temporariliy out of stock but should be back soon! It is also on offer over on The Entertainer HERE for £10.

I can see us playing Accentuate with extended family or friends once we have sent the kids off to bed or maybe when they are glued to a Christmas film. Accentuate is described as the hilarious guess-the-accent party game backed by BBC Dragon Peter Jones. It features 90 different quotes from famous movies – players pick a card and then read that movie quote aloud in a randomly selected accent.

Team-mates have just thirty second to guess the accent, and can also earn points by identifying the movie and even the film’s year of release. There are 30 different accents from around the globe, a third of which are home-grown British accents. I personally think I’m quite good at mimicking accents (though my husband might not agree) so it will be interesting to see how this goes!!

Where can you get it? Accentuate is available to buy on Amazon HERE. The RRP is £19.99 but it is currently on sale for £16!

We got the Speak Out Game to play with friends/family on New Years Eve last year and it is hilarious! Players need to try to say different phrases while wearing a mouthpiece that won’t let them shut their mouth.

Players draw from the deck and read the phrase as best as they can, but it’s not so easy to do when the mouthpiece is hindering them from forming words correctly. The timer counts down and the laughter begins as players try to decipher what in the world their teammate is trying to say, and must correctly guess the phrase in order to earn the card. The team with the most cards at the end of the game wins. The Speak Out game includes 200 double-sided cards, 5 mouthpieces, and a timer and it’s suitable for ages 16 and up. It’s ideal for four people to play, split into two teams! Highly recommend!

Where can you get it? The Speak Out Game is available from Amazon HERE for £19.50

Rubik’s Cubes remind me so much of growing up so I’m really looking forward to seeing what my son thinks of his new Rubik’s Junior pet puzzle which Father Christmas may be brining him. There are four collectable puzzle toys, aimed at little ones as young as four years old, bringing kids’ favourite baby animals to life in iconic Rubiks’s form, with a puppy, kitten, bear and bunny to choose from.

They sound perfect for little hands to fiddle and play with, helping them to develop logical thinking and problem-solving skills. Just like the classic Rubik’s Cube, each character can be scrambled many different ways, for children to twist back to the original form.

Where can you get it? Rubik’s Colletable Pet Puzzles have an RRP of £9.99 and can be purchased from Argos HERE.

Nails and Cocktails Opens in Tunbridge Wells! Find out what I thought… 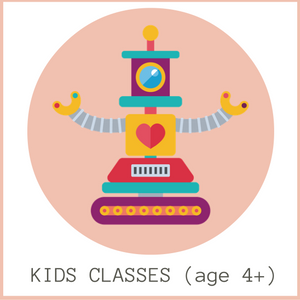 Providing parents and grandparents in and around Tunbridge Wells, West Kent and East Sussex with inspiration for baby, toddler and childrens’ activities and events. Sharing up-to-date  information on classes and things to do with the family and kids in Tunbridge Wells and beyond whatever the weather – rain or shine!
Contact us: clare@mytunbridgewells.com
© Copyright @ My Tunbridge Wells 2020